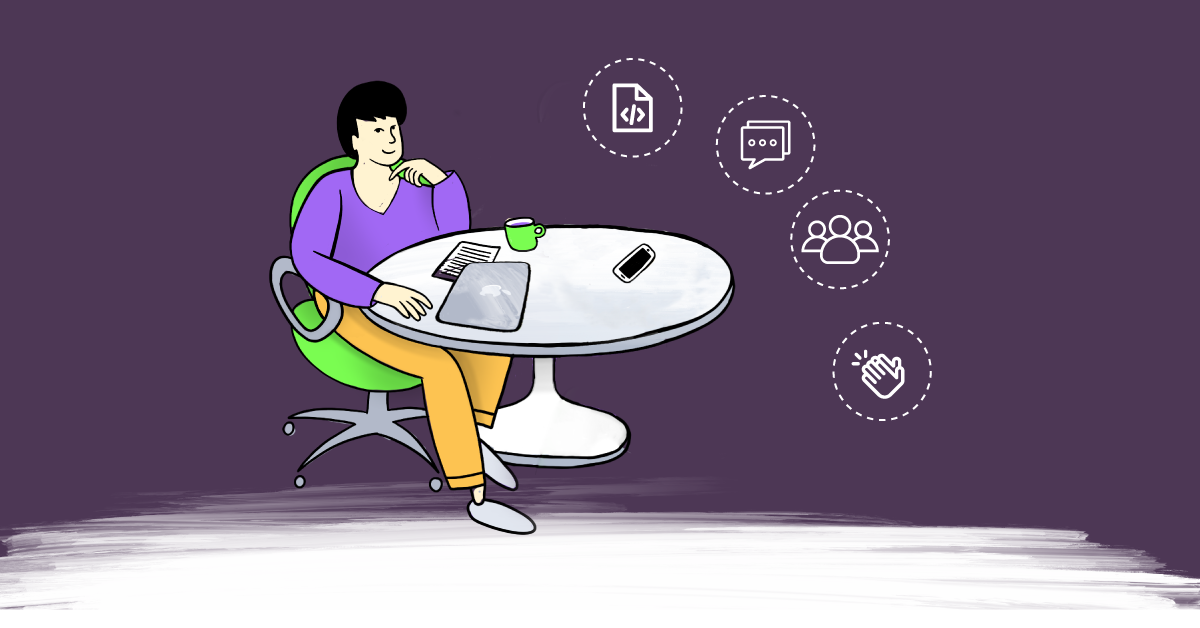 As any sports fan knows, a great player can carry a team, while a great team can dominate a league for years. There are certainly a few stars of software or web developers on your team -- maybe more than a few. Probably a good number of them have been promoted into management roles. However, if these stars don’t work well with the rest of your team, and if they aren’t growing from managers into leaders, chances are your company’s performance will not match the potential of these few rising stars.

At Jobsity, we have recruited, trained, coached, and nurtured hundreds of developers in our decade as a talent incubator and nearshore staff solution for North American companies. Our vision is based on taking these developers--those with strong skills and a hunger to learn--and coaching them to exceed even their potential as members of a team into leaders of those teams. This team-based excellence requires great leadership more than anything else.

In this article, we’ll take you through our top 3 tips for coaching these “star players” from being managers, to being true leaders on your team--leadership that doesn’t depend upon titles, status, or positional authority, but is based on the character that makes a developer an exponentially powerful asset to your work, and retains other promising talents.

It should be a given that your hiring practices involve ascertainment of a basic set of hard skills for all developers. Every incoming coder likely has to pass a basic skills test, and a more advanced, language-specific coding task to prove that they have the chops to do the work at hand. Great. But a great coder with a bad attitude can be a pernicious force on your team; hey can actively become a drag on team culture and, despite their impressive hard skills, risk having the effect of ruining morale, slowing down progress, or alienating other developers who may feel put off by the negative attitude of this “star” coder. Don’t fall for this.t

At Jobsity, we prioritize culture fit when we bring on new talent; this ensures that every developer we work with has baseline soft skills that can be molded into leadership skills as they rise in the company -- and in the meantime, they will be a productive and amenable member of an ambitious and friendly team.

Ensure your teammates are hired for having, praised for exhibiting, and coached to improve soft skills such as an ability to take (and give) meaningful and kind feedback, a willingness to feel and an expectation to express empathy, as well as general honesty, integrity, openness, and receptivity to new ideas.

It may not seem to matter as much as an impressive coding portfolio, but in the long run, it’ll matter so much more.

It doesn’t take an expert to point out that we tend to work harder, longer, and more efficiently for those, we trust the most: like, for example, our mothers. Managers in our company aren’t expected to be mothers to their employees, but we should take a lesson from this most primal of human relationships: trust brings out the best in people, and teams are held together by the glue that is trust.

If you can engender trust in your workforce, and if you can train your managers to uphold and maintain this trust, then your teams will very quickly be more than the sum of their parts.

Over the last decade at Jobsity, we’ve come to see trust not as a mysterious and unquantifiable thing that is formed out of thin air, but as something essential that comes from the human connections that bind us. We build trust by fostering these human connections, and by ensuring everyone gets to know each other as people first.

We maintain this trust by standing by our word; when there are ruptures, we take ownership of them, explain them, and apologize.

We recommend you train your teammates and your managers especially to lean into these actions and values; they’re the first step to building an ecosystem of trust within your teams which will mean developers will work harder for you than they ever have before.

Harder than they would for anyone except maybe their actual mothers.

By now, it’s cliche to point out that COVID-19 has tested the entire world. But we shouldn't forget that it has also had the effect of testing many professionals.

Managers who hid behind this test, who gave into fear, worry, or the destructive energy of the unknown, may have done great damage to the collective power of their teams. Those managers who stepped forward with courage and composure, and who did so with the candid honesty and integrity of true leaders, have likely made it through the last year without losing the unifying heart of their teams.

For this reason, courage and composure stand as the most important skill you can develop in your managers to help them grow into great leaders for your company.

Making tough decisions is inevitable for all managers, and the last eleven months of global upheaval has shown us how true this really is. Training your manager to face the unforeseen with calm, and to step forward in the face of uncertainty with courage and composure means they will not just be managers but leaders: employees will follow those who are calm and courageous and are more likely to do so calmly and courageously themselves.

As Jobsity CEO Andres Garzon explains in a recent leadership podcast, communicating candidly, and with courage and composure, meant the difference between bucking in the face of the pandemic threat, or leading through the challenges it brought.

These are lessons that can be applied every day to the work of every manager, and which will have a huge influence on the magic of team building at any company.

While the persistence of COVID-19 and the swiftness of change in software and web development means we don’t know what’s coming next, we do know that cultivating these essential and important leadership skills in our managers and team members can make the difference between building a powerful workforce with longevity, or losing great employees to the frustrations of slow growth and bad management practices.

These basic traits, coupled with a growth-minded company and a similarly inclined senior leadership team, will make your workplace a happy place to work. Which is something we should all aspire to do, regardless of what we build or create, and regardless of what challenges we are facing--as people--in the world at large.

5 Reasons Why Jobsity Uses OKRs -- and You Should, Too.

At Jobsity, all non-billable teams are aligned to meet the same goal: from recruitment to sales, IT to HR, operations and accounting to office management, all of our staff works together to ensure we ...