5 of Tech’s Most Important Female Innovators

Much has been said about gender diversity in tech, and in short: it’s mostly not good.

According to a famous 2015 study by the National Center of Women in Technology, while 47% of all working adults in the U.S. are female, they fill only 25% of computer-oriented jobs.

And perhaps even more troubling, of those who do work in technology, a 2017 Pew Research study found that 50% of these women report having faced gender discrimination of work, whereas only 19% of men make the same claim.

That same poll also found that 15% of women felt their company paid “too little” attention to the issue of gender diversity and 52% felt pressure to “prove themselves.”

These are serious issues, and we at Jobsity are working diligently to hire, train, and mentor women across Latin America into tech roles they may not otherwise have had access to. It’s making a difference; our team is currently 20% female, and we expect to see that number expand over the coming years.

But looking forward isn’t the only way to honor the contributions of women in tech. Today we also wanted to look back -- at five of the most important female innovators and groundbreakers in technology; women who may not be but should be household names.

Often called the “Mother of Computing,” Grace Hopper began her career in the military, as part of the Navy Reserve program at the Harvard Computation Lab. There, she programmed on the Mark 1 computer, which was intended to increase velocity and accuracy of military operations. 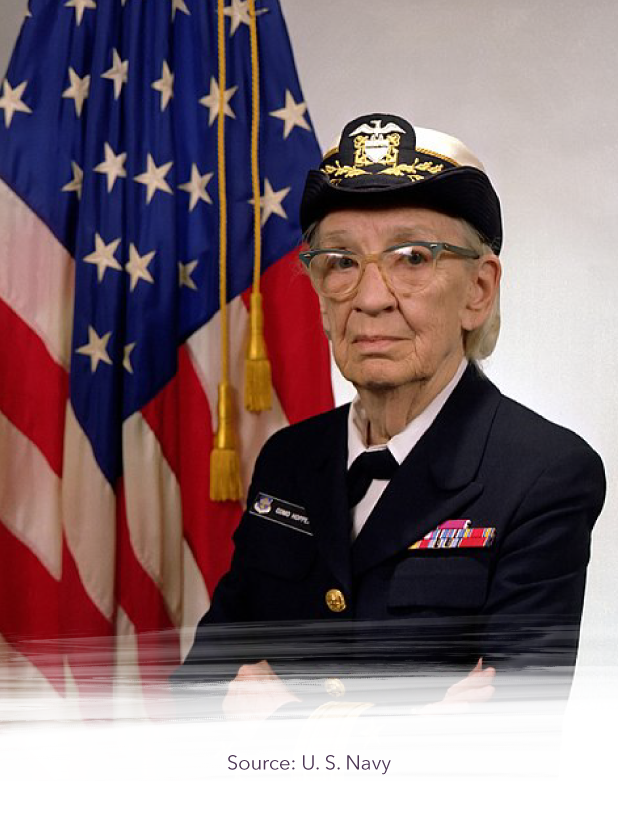 With that expertise under her belt, Hopper was able to transfer to the Eckert-Mauchly Computer Corp, where, as a senior mathematician, she lead the team which developed the UNIVAC I computer -- the first for business uses. In that role, she is credited with the creation of the first compiler (a computer program that translates computer code written in one programming language into another programming language), COBOL, which is still in use today.

Without Hopper, we likely wouldn’t think of computer languages, as, well, languages. She was the innovator who first identified them as codes that could be written, read, translated, and understood just like any other human language.

For those of us working in remote workspaces, we owe a lot to Mary Allen Wilkes, whether we know it or not. Wilkes began her career at MIT’s Lincoln Laboratory, where she spent time programming on the IBM 704 and 709, specifically working on Speech Recognition. 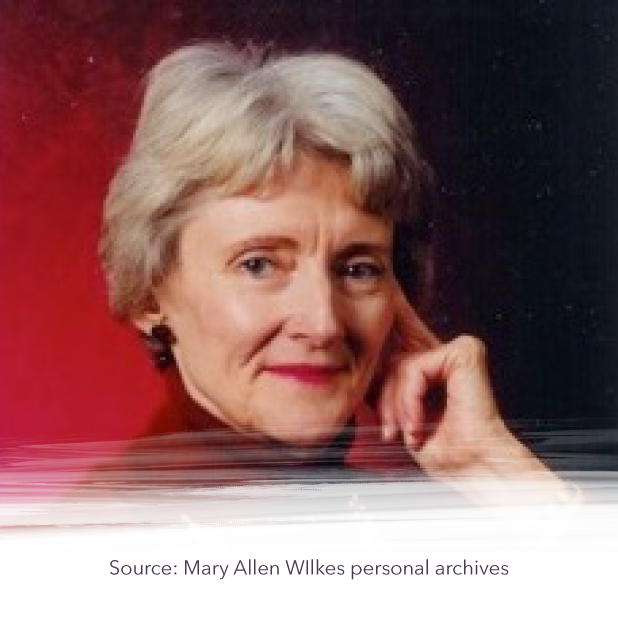 Later, she took that skill to the Digital Computer Group, where she began her tenure on the team developing the LINC computer, which, by 1964, she had installed in her parents’ house in Baltimore -- despite the fact that the lab was in St Louis. From her “home office,” she set to work developing the console for the LINC as well as writing its first operator’s manual, scroll editing technology, and programs to prepare, edit, and manipulate documents in real time.

In other words, much of what we take for granted and expect as the basic function of personal computers today.

Where would we be without the pioneering work of Mary Allen Wilkes? Perhaps all huddled around a lab in St. Louis.

Every time you type words into a search engine and come up with an answer, you have Karen Spärck Jones to thank. 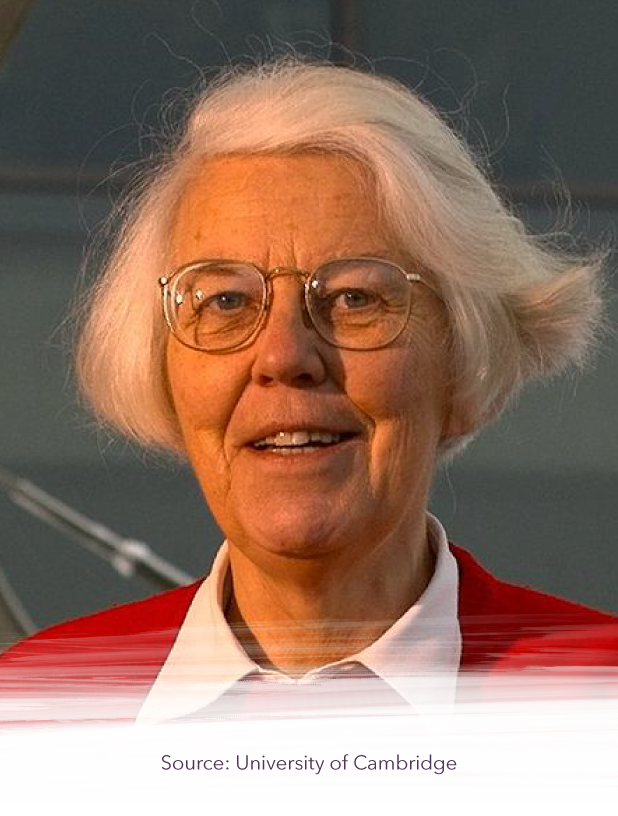 Jones, a longtime computer scientist at England’s University of Cambridge “Language Research Unit,” worked alongside computational Linguist Margaret Masterman on developing an understanding of natural language processing and information retrieval which determined the use of “inverse document frequency” -- a concept which, in helping computers weigh informational retrieval, is essential to the function of today’s search engines (without it, the engines wouldn’t know what results to pull).

Because Jones worked for most of her life as a university researcher, she didn’t achieve the fame and glory (or wealth) we’ve come to associate with tech “success” nowadays. But without her fifty years of research, tech development, and expertise, it’s hard to imagine the existence of tech giants like Google, Yahoo, or even Facebook today.

Without Shaw, gamers the world over might not be playing quite the same way. 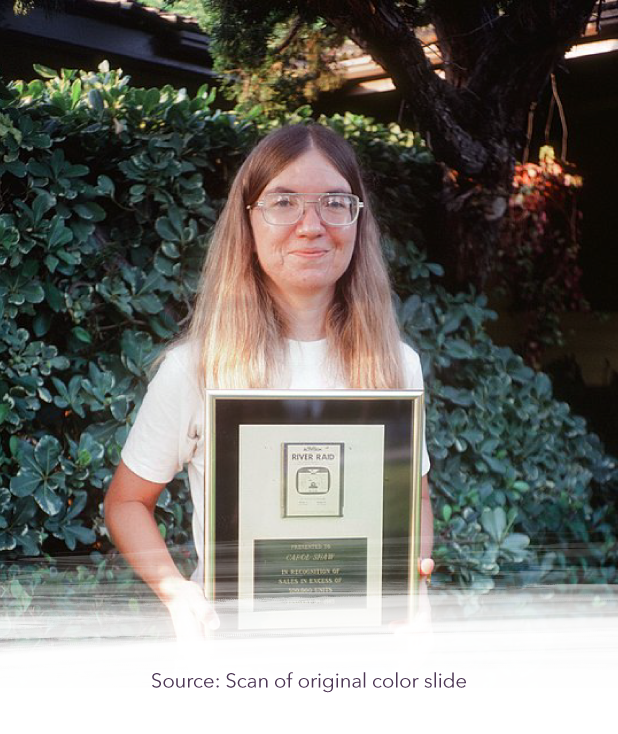 Shaw studied computer science in 1970 at the University of California, Berkeley, graduating with a B.S. in Electrical Engineering and Computer Science long before even most men knew where these fields might lead. A year later, she was hired by Atari.

In those early days of video game design and development, much of what was being created had never been done before, and Shaw is said to have been the “go-to gal” for the most difficult aspects of rendering “what gets the picture on the screen.”

Her innovations were in the nitty-gritty computational work for Atari 2600 games, including 3D Tic-Tac-Toe, Othello, Video Checkers, and the classic scrolling shooter River Raid--considered by many the best game made for the Atari 2600.

River Raid was so popular (over a million copies sold) that, along with her next game, Happy Trails (released by Activision), Shaw was able to retire early, having left an indelible imprint on the nascent--and male dominated--field of video game design.

Computer development may not be rocket science, but it didn’t hurt that Annie Easly--innovator behind the technology necessary to create hybrid car batteries--actually was a rocket scientist as well. 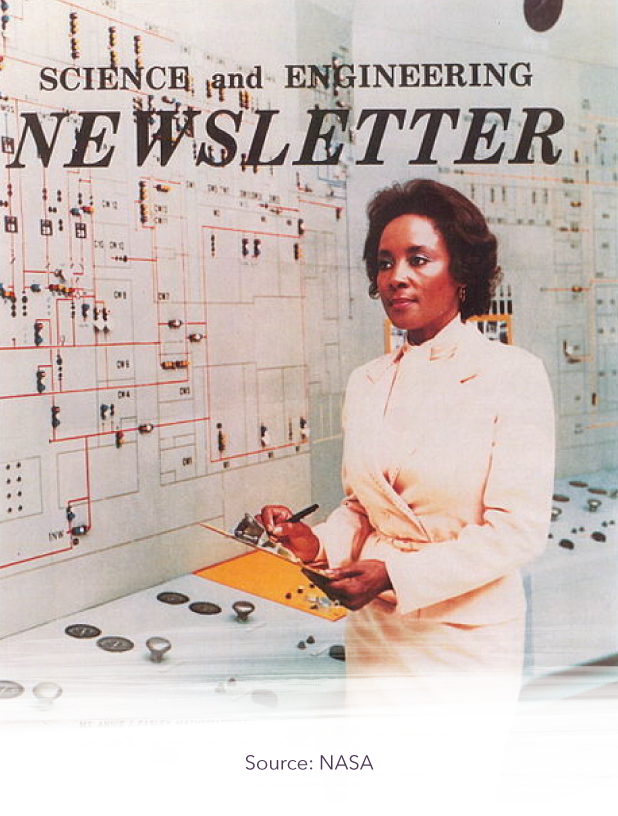 Easley began her career as a “computer” (yes, they called them that) at NASA, as one of four African-Americans on a team of 2500.

Later, unlike many, she was able to return to school and make the transition from human “computer” to computer programmer for the agency, becoming an essential teammate on the Centaur rocket development project, researching and developing methods for converting energy systems from solar and wind to, well, rocket fuel.

The technology she pioneered was focused on developing storage of that power within batteries -- and would become essential to the tech needed in the creation of electric vehicle batteries.

While her work is technical and detailed, and perhaps for that reason not as easy to publicize and share to a lay audience, her 34-year career at NASA is widely understood to be one of profound innovation and historical importance--and not just because of her gender, or her role in helping fuel your Tesla.

It doesn’t take a rocket scientist to know that the work of these women changed the world, and with more women entering tech every day, we all stand to benefit from their intelligence, hard work, and creativity for generations to come. It may just be that women are better at tech than men, and if so, these five women certainly won’t be the last that deserve celebration!

Santiago Mino, VP of Strategy at Jobsity, has been working in Business Development for several years now helping companies and institutions achieve their goals. He holds a degree in Industrial Design, with an extensive and diverse background. Working for the Tourism Board of Ecuador, he created a strategy that facilitated a viable and internationally competitive sports tourism industry, which maximized Ecuador’s economic and social well being. As a designer, he played an essential role in research and development as well as a liaison between his company and International clients that build concept stores in Ecuador and shipped them around the world. Now he spearheads the sales department for Jobsity.com in the Greater Denver Area. He is currently working on developing a strategy for outsourcing best practices and gender equality.

Whatever the business or project, it’s likely that performance metrics will play a key role in its success. After all, how can you ensure a project is on…

Culture
Why We Should All Care About Web…

“The power of the Web is in its universality. Access by everyone regardless of disability is an essential aspect.” - Tim Berners-Lee, inventor of the…

Culture
A Letter To My Past Self

What I Learned Becoming a Senior Developer   What advice would you give to your younger self, if you had the chance? It´s a question many of us have…

Culture
Why You Need To Declutter Your…

We need to talk about clutter, and what to do with it. That stack of papers on your desk, that binder overflowing with documents, those dirty mugs in the…