7 Laravel Features That Make It Ideal for Web Development

A deep understanding of web frameworks, and how to apply them when building software applications, is a fundamental skill for any developer. These are the tools with which modern websites and mobile apps are built - they save time, they’re well-tested for bugs, and keep your code neat and accessible.

If you’re a PHP developer, chances are you’ve worked with Laravel, a relatively new framework that is easy to understand yet packed full of interesting features. Laravel has risen to prominence over the last decade: According to a 2020 survey by JetBrains, 50% of PHP developers say they use Laravel regularly, compared to 25% for the next most commonly used framework, Symfony. Data from Google trends also show how Laravel has moved ahead of Symfony and other alternatives in searches made about some PHP frameworks. It is used to power the website of some major global brands such as pharma giant Pfizer and the British Broadcasting Company (BBC), which relies on its mobile and web apps to reach a massive worldwide audience. 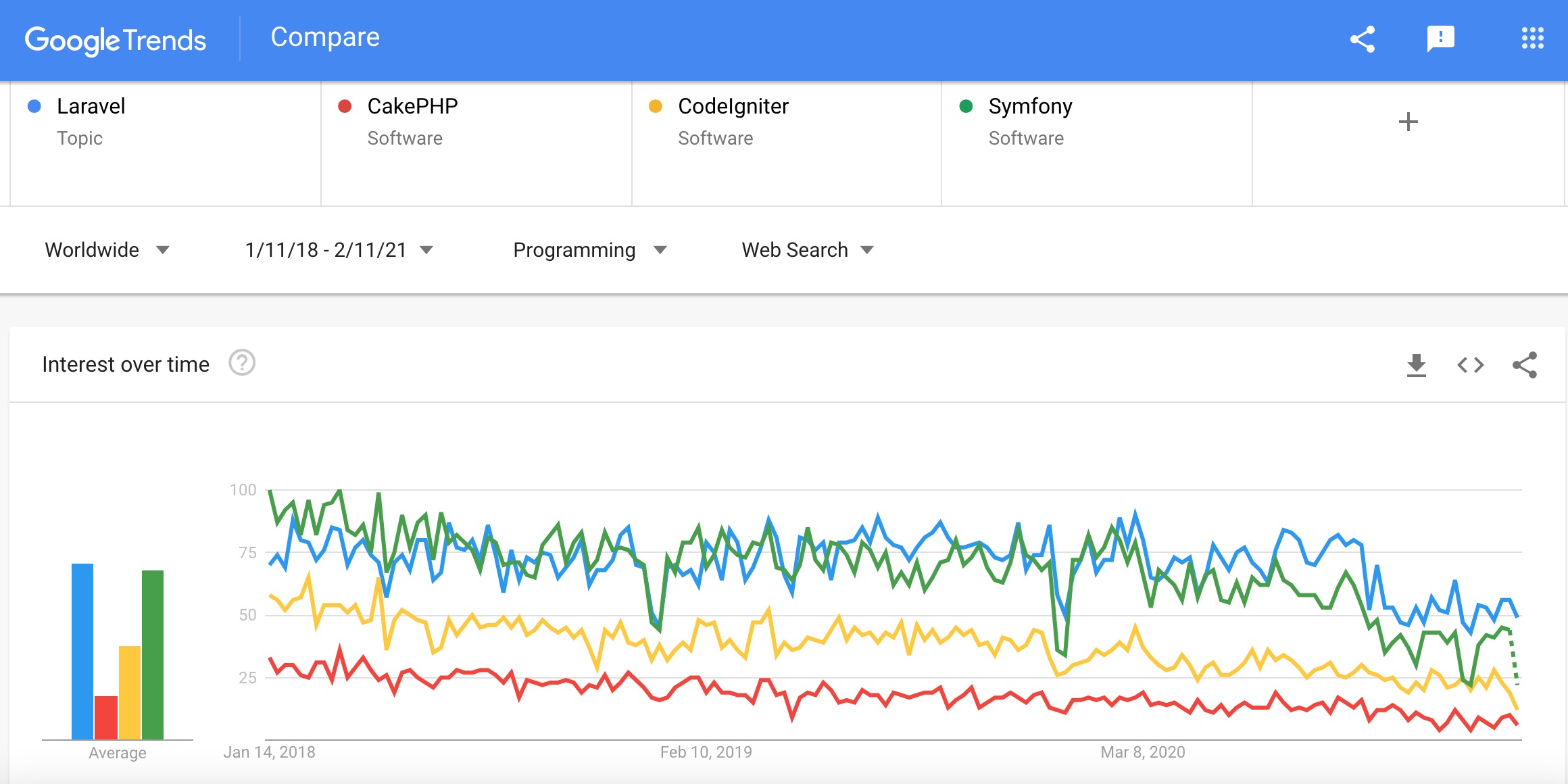 Why is Laravel such a popular option in web development today? Before we dive into answering that question, it’s worth reminding ourselves about the ongoing significance of PHP. As we’ve covered on this blog before, PHP is a popular server-side programming language that emerged in the mid-90s and continues to defy predictions that it is ‘dying’. In fact, W3Techs calculates that just over 79% of all websites use PHP, a level that has remained fairly constant over the last year. And to put that in perspective, PHP’s nearest rival in terms of usage is ASP.NET, but it’s only used in 9.1% of websites today. Modern alternatives like Python get a lot of hype these days - with justification, in many ways - but are still only used in a small percentage of websites.

Now let’s examine some of the main features that have made Laravel the go-to framework for many PHP developers.

At Jobsity we’re big fans of PHP and Laravel. In fact, some members of our staff are leaders of the Laravel Community in Latin America. Our developers are PHP certified, fully trained in Laravel and other frameworks and ready to help your business build an exciting new website or application. All you have to do is get in touch!