8 Reasons Why Docker Matter For Devs

"But it was running on my machine!". Every developer has said this in his/her life while shipping his/her app to a friend or an app tester. Now you would say: “It just takes some minutes to install the dependencies and configure it to run it on another system, it’s okay, I can handle it”. But, it’s not about me or you. Tech giants with hundreds and thousands of users cannot bear a downtime of even a millisecond. Similarly, collaboration in large teams is not even possible if you cannot simplify the process of building and running your code on every machine. Imagine a scenario where the developer’s code is only working on his machine and he has to set it up in the machine of the testing team for every build. Isn’t that weird?

Yes, it is. But don’t worry, there is something that can solve all these kinds of problems. All you need is to read the whole article till the end. You won’t regret it. 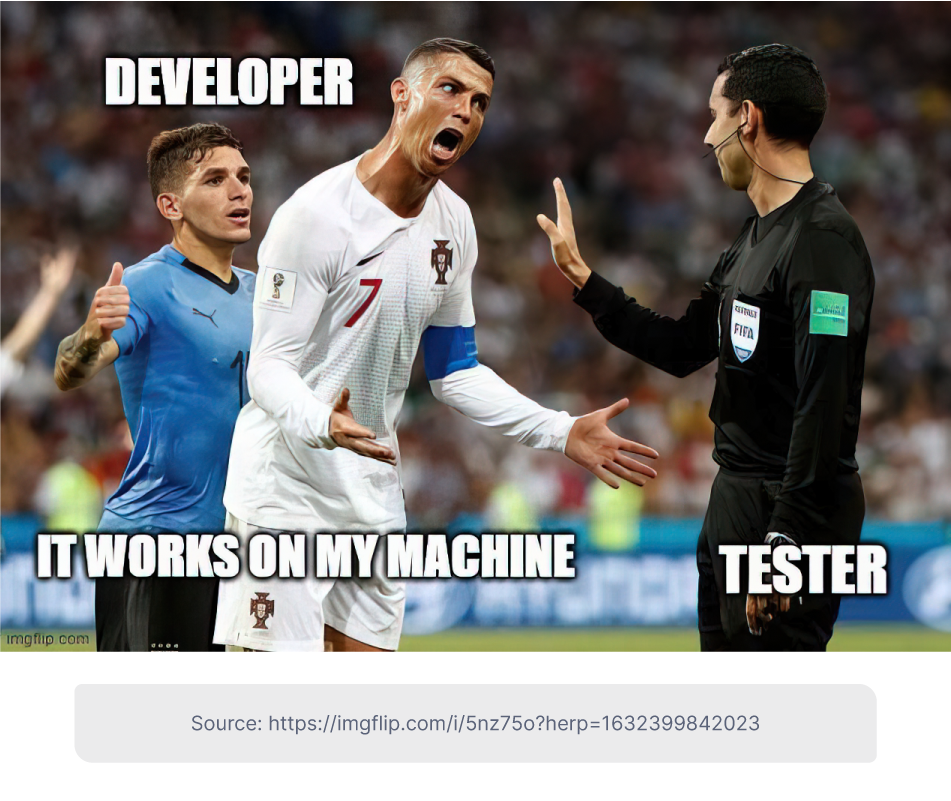 A Little flashback on History

Solomon Hykes started the Docker project in France in 2011 as an internal project within dotCloud. Finally, Docker was officially released on March 20, 2013 (8 years ago).

Let’s not bore you with the stuff about dotCloud or Solomon Hykes, who he was, and where he was born. Let’s just dive into the details about what Docker is and how it solves the problem behind the scenes. And finally, we will give you 8 reasons to use docker as a developer of any technology.

Docker is a tool designed to make it easier for developers to develop, ship, and run applications by using containers. Containers allow devs to package an application with all of its requirements and configurations, such as libraries and other dependencies and deploy it as a single package. By doing so, developers can rest easy knowing that the software will work properly on other systems besides the one they used for writing the code.

Thus, in the world of advancement in technology, all of the services given to the clients over the internet require something that can help us minimize the deployment time and use the minimum resources of our system. In this case, we require a tool like Docker.

And the great part is Docker is Open-source. Sounds cool, right?

Now you will be wondering why I should use Docker and how it will be helpful or what makes it the best choice for your next project. Well, here are some reasons:

Reason#1: Docker For Everyone

“Docker for everyone” is something that the Docker project claims. And the reason for this claim is the simplicity of its use. This technology is so easy to learn, even a non-tech person can quickly start and run any Docker project with just a few commands. 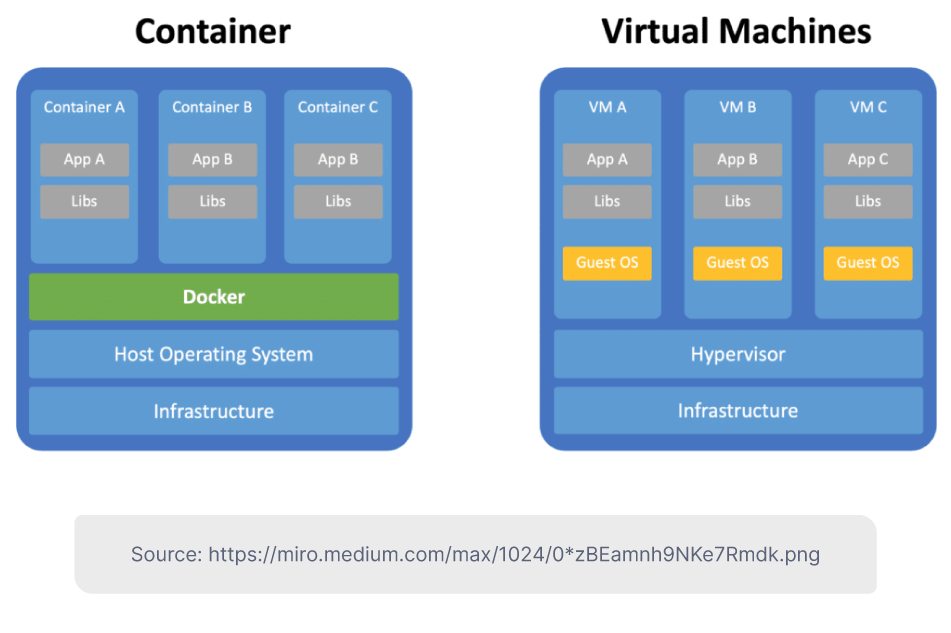 Yes, that’s true. Using docker makes your app platform-independent and running a docker container on Linux, macOS, Windows or ARM-based platforms is not so different (for the majority of use cases at least) and I think that is the most out of it for most of the dev enthusiasts. And if you are not impressed until now you can read a bit more about it and that’s surely gonna change your mindset.

Docker saves you a lot of time by doing most of the repetitive tasks automatically, which not only conserves time but also resources. Even deployment is a piece of cake because of light-weight Docker images which are easy to handle. Docker is mostly favored for Continuous Integration and Continuous Delivery (CI/CD) workflows.

Since docker is built on containerization technology, it’s both scalable and flexible. Each container has its own set of configurations and dependencies packed inside it, which makes it easier to run multiple instances of the same containers simultaneously. This implies that it’s quite simple to deploy docker images across multiple servers. Similarly, the up-gradation process of the app is simple with Docker. All you have to do is make the changes in Docker images, test, and deploy the new containers. The developer can repair or optimize the performance of the Docker image without having any downtime. It ensures flexibility by making the process of starting and terminating the application promptly.

Docker containers are way more secure than any ordinary app by default. Even, a container cannot access the data of any other containers without having authorized access. You can even add multiple security layers if you want. That’s how docker ensures security for you. 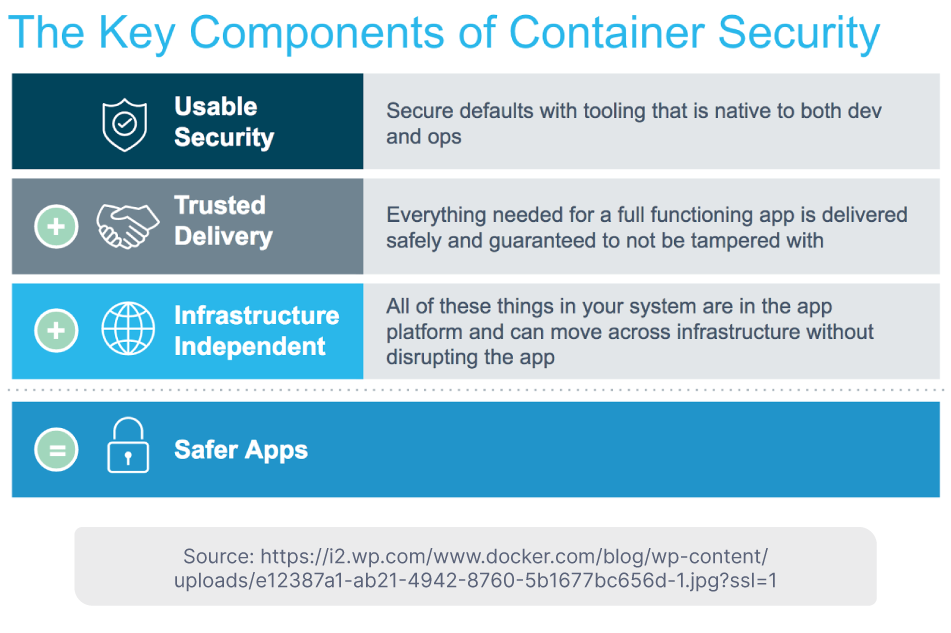 App migration or shipment has always been considered a herculean task, which not only requires human resources, but also consumes a lot of time in configurations and setup. The other way around is to ship your machine along with the project on the deployment site. Docker is a game-changer here. It allows you to freely ship your apps anywhere anytime without any worries. All you need to do is just install Docker on the target machine and run universal commands to get the project running in a matter of minutes.

Before Docker, if we wanted to run a project on a different machine, we had to set up all the dependencies including libraries, configs, and services like databases or cache. It was okay until you are working on a single project. But what if you are doing parallel projects which require dependencies that cannot be installed and run simultaneously?.

For example,  if one of your projects requires SQL and another project requires MariaDB, you have to uninstall one to get started with the other, and that’s going to be a serious mess for you leaving your other project unusable.

Docker is here for the rescue! It provides a dependency management mechanism where each project/app can be isolated with all its dependencies in a separate container and the cherry on the top is that you can run multiple apps (containers) concomitantly on the same machine.

If you’re interested in exploring Docker further, Jobsity would love to hear from you. We have Docker specialists in our team who are ready to serve you with the best of their knowledge and experience anytime. So don’t hesitate to get in touch!

What is Quantum Computing--and Does…