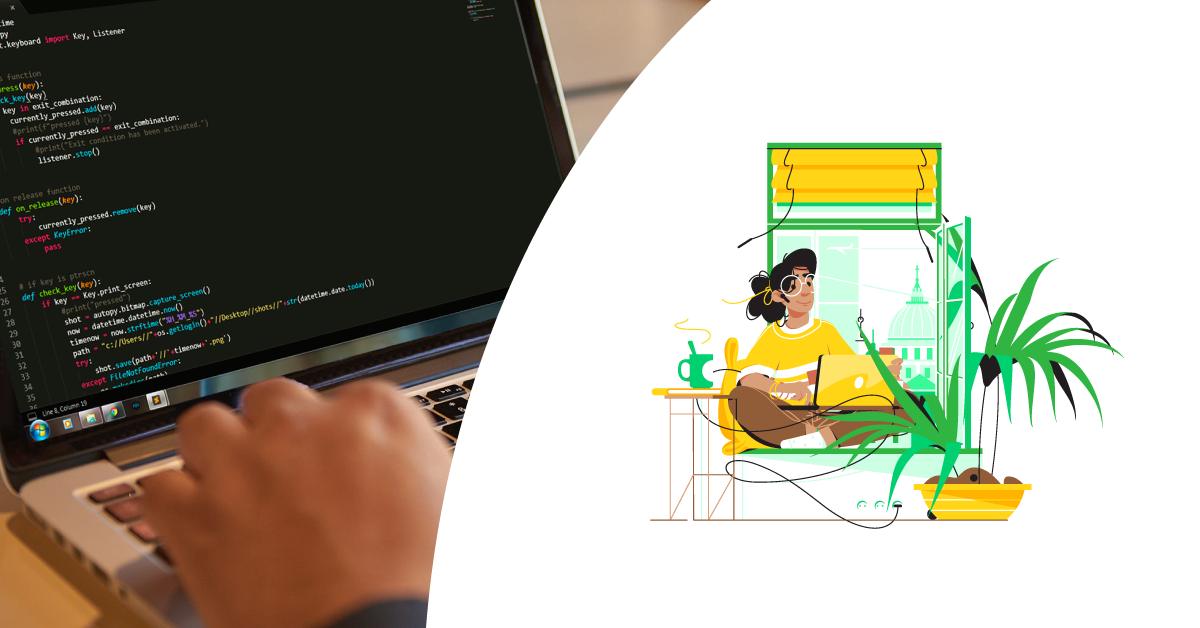 How to Use Regular Expressions in Python

In Python, Regular Expressions are also known as RegEx. RegEx is a unique text string used for defining a search pattern. Regular Expression is beneficial for extracting information from text such as code, files, logs, spreadsheets, or even documents. In simple words, RegEx is a combination of letters, symbols, and numbers you can use to search for things within a longer text.

This article sheds light on the usage of Regular Expression using Python.

While you are using the Regular Expression in Python, the first and foremost thing is to understand that everything is a character, and you are reproducing patterns to match a specific sequence of characters also regarded as strings.

In the programming world, both newbie and experienced developers often ask how vital learning RegEx is. Today our quest is to find out the importance of RegEx in the context of development with some simple and relevant examples.

Let me introduce some fundamental metacharacters in RegEx and their purpose of use. To know more about RegEx syntax, you may check the Official Documentation.

Note: The above table doesn't shed light on every aspect of RegEx. Don't bother if you can't wrap your head around all the meta-characters for now. With time and training, you will understand the uniqueness of these characters and learn when to use them.

Python comes with a module named re to work with RegEx. The basic syntax of importing the RegEx module is:

The RegEx mechanism comes with the module named re, and it provides many functions. In this tutorial, I’m going to discuss the three most practical and widely used functions.

The re.match() function of the re module in Python searches for the regular expression pattern and returns the first occurrence. The Python RegEx Match function checks for a match only at the beginning of the string. Therefore, if a match is found in the first line, it immediately returns the matched object. However, if a match is seen in another line, the Python RegEx Match function returns null. Please allow me to show you a quick example now.

In the above example, the function re.match() returns a corresponding match object if zero or more characters (C) at the beginning of the string match the pattern. Else it returns None if the string does not match the given pattern. As you can see, we get an output of None because it didn't find the pattern at the beginning of the first occurrence.

Here is a simple example for your better understanding.

I set two patterns in the above python program and searched them into my_string. For the first case, the function got a matching case. Therefore, it returned positive and negative for the second case.

In Python, the re.findall() method returns a list of strings containing all the matching cases from the input text upon provided pattern. The re.search() method quickly searches the provided text using the specified pattern and returns only the first occurrence. In contrast, the re.findall() function iterates over all the lines of the file and returns all the non-overlapping matches of pattern in a single step. If the pattern is not found in the text, re.findall() returns an empty list.

If you look closely into the above example, you'll find two different strings declared against a single pattern. For the first string, the re.findall() function got a match and returned the value ['10', '20', '30'] as per the pattern demand. On the other hand, the second string did not have the pattern available in it. Therefore, the function returned an empty list [].

Regular Expression is a vast topic, and it requires a lot of practice to become a master of it. In this tutorial, I tried to give you a quick review of RegEx and its essential functions. However, it has many advanced-level functions that you will know later on. Being proficient in RegEx and its functions, solving exercise is a must!

These are the Software Developer Skills You Should Be Looking For

You can have the most exciting, world-changing vision for your company with the best management team money can buy, but without skilled developers at the ready to put it together, you’re as good as st...

A Leader is Their Values in a Staff Augmentation Firm

The American Dream is an Entrepreneur’s Dream

Why The American Dream Is Still Alive—and How It’s An Entrepreneur’s Dream In order to be an entrepreneur, you need a few essential things: You need to incorporate, open a bank account, you need to be...