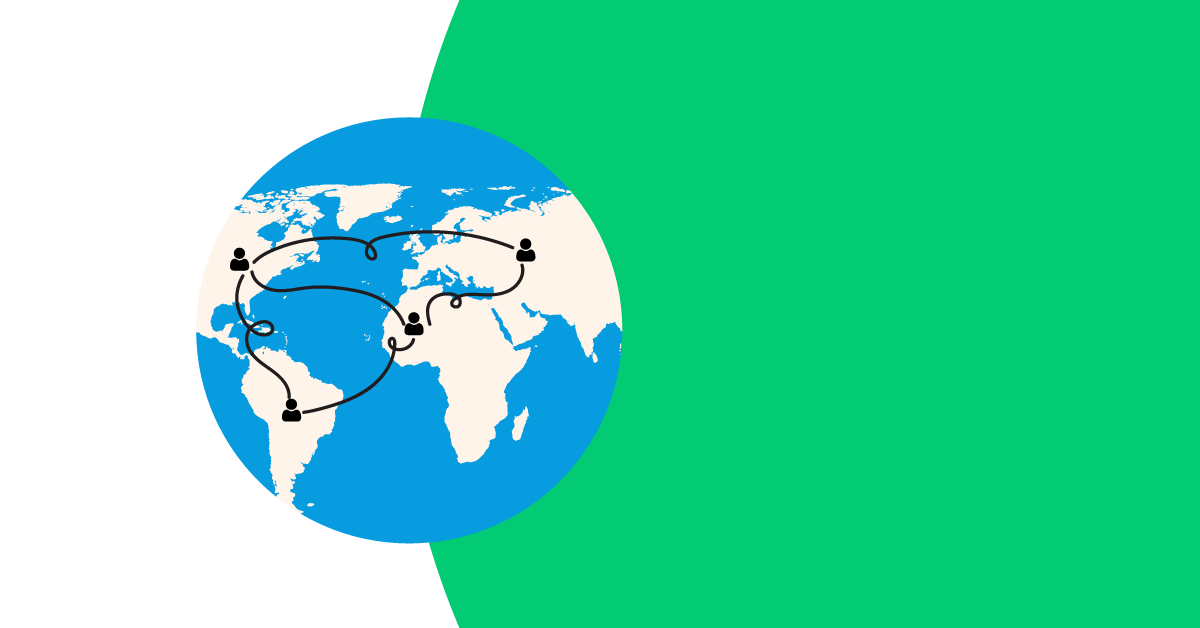 The Nearshore Lowdown: Which Staffing Model Is Best?

Today, hiring managers have innovative staffing solutions at their disposal. We’re no longer constrained by the limitations of traditional hiring, with its long recruiting process and low retention. Instead, companies looking to scale their teams have multiple options to choose from: onshore, offshore, and nearshore outsourcing models. Some quick definitions:

But which staffing solution is best? To figure out which is right for your company, let's consider a few factors: cost, time zones, cultural compatibility, and travel expenses.

To give a quick overview of how the three staffing models stack up, here’s a handy chart: 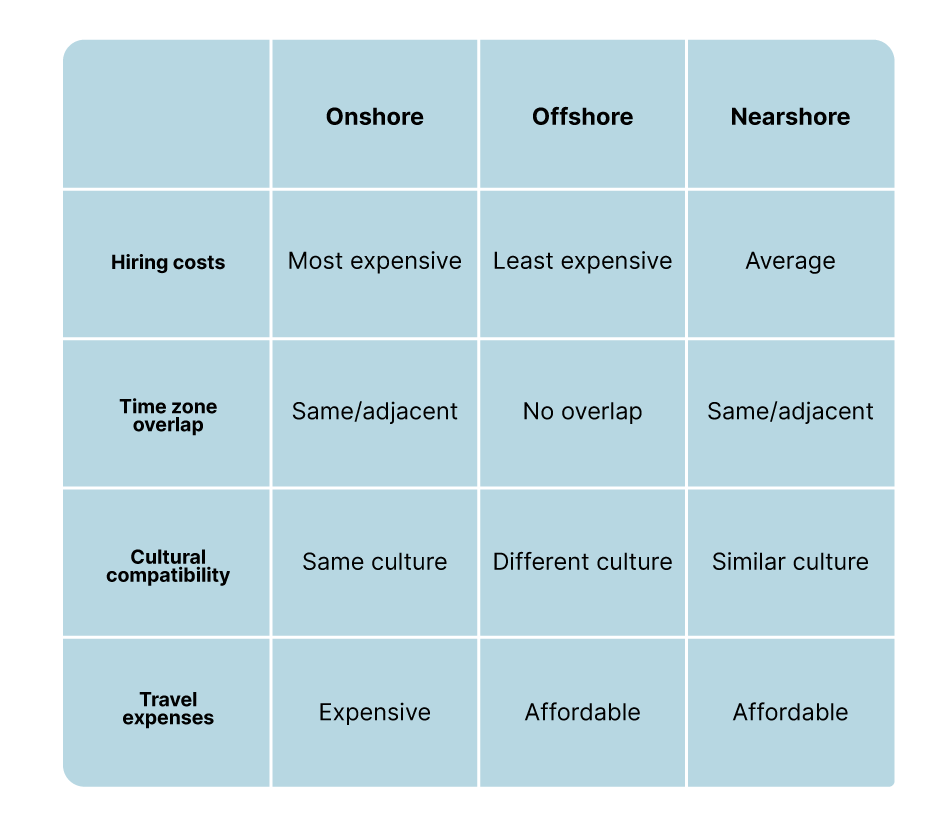 Now let’s look at these categories more closely and see how each staffing model compares.

Onshoring involves working with staff who are located in your same country. Because of this, rates will be similar to that of an in-house employee. According to Hired’s 2021 State of Tech Salaries survey, the average base salary for a US tech employee (hired to be part of your in-house team) is $152,000, or $73 an hour. Meanwhile, the average tech contractor invoices about $71 per hour, or $147,680 a year, according to a Hired study from 2017.

So onshoring often means paying rates nearly identical to that of an in-house employee. Not a lot of financial benefit!

Offshoring involves working with staff who are located outside your business’ home country, typically overseas. With so many countries to choose from, there is a wide range of pricing.

For example, in countries like Pakistan, hourly rates for an offshore developer are around $17, or less than $36,000 annually. In China, which has more competitive market rates, the median salary for a software developer is closer to $39,000.

Out of the three staffing models, offshoring is a very budget-friendly option.

Nearshoring involves contracting staff who reside in a country near yours. These developers tend to offer pricing that accounts for the developer’s skill but isn’t as high as an onshore developer’s rates. For example, average costs for a software developer in Argentina, Uruguay, Chile, or Brazil can range between $19-22 per hour, or $40,000–46,000 annually.

In addition to having more reasonable base pricing, nearshoring also allows you to avoid overhead staffing costs. Typically these expenses will be covered by the developer’s nearshore staffing firm, instead.

Nearshoring allows you to get great work at a reasonable rate, with no hidden fees.

Regardless of where your outsourced team works, they must be able to efficiently collaborate with your in-house team. Otherwise, you could face significant delays on projects. While there have recently been great advancements in remote communication, time zone differences can impact efficiency. Let’s take a look at how these three models are influenced by time zones.

With onshore staff, your time zone differences are insignificant, usually three hours at most. This  keeps communication delays to a minimum, and staff are available for impromptu problem-solving sessions. After all, when things go wrong with your company’s product or service, getting things up and running again is of the utmost importance. Onshore staff can generate immediate solutions alongside your in-house team.

Because onshore staff will be working in a time zone compatible with your company's local time (give or take three hours), it will be easier to coordinate meetings or have in-the-moment Slack huddles to troubleshoot issues. This is one great advantage of onshoring.

Offshore staff work hours that don't align with your in-house team's. When you’re awake, your offshore staff are asleep. When they’re holding morning meetings, you’re going to the bar for a post-work drink. Many offshore teams can have huge time differences with their US partner (there’s a 12.5 hour difference between New Delhi and San Francisco!).

With this gap, it can be difficult to problem-solve in real time or to establish working norms that rely on agile collaboration. Spontaneous meetings are near impossible, and when there’s a “fire”—a programming bug, a crash—it’ll take extra time to resolve the issue. This leaves you more vulnerable to bad publicity, poor customer service, and hacker attacks.

Workflow and time management issues are one of the greatest drawbacks of offshoring.

Nearshore devs, like ones from Latin America, live and work in time zones similar to those of your United States in-house team. This makes communication more fluid. When a sudden problem arises, the entire team will be available for last-minute Zoom calls.

When it comes to time zone overlap, nearshoring has the same benefits of onshoring—speedy communication, compatible workflows, and time-sensitive problem solving.

A company’s success depends on more than a team’s hard skills. Team cohesion plays as much (if not more) of a role in growth and profitability. Such things are determined almost entirely by shared work culture—aspects of your company that can be challenged, or enhanced, by staff augmentation. Let’s explore how onshore, offshore, and nearshore staffing can influence workplace culture.

With onshoring, you’re working with fellow US residents, people who share your cultural norms and workplace expectations. The holidays your in-house team expects to have off (e.g. July 4) will likely be the same as your onshore staff. Communication and social dynamics will also be familiar and more comfortable.

While there are differences between different US regions (e.g. the cultures of Indianapolis, New York, and Dallas aren’t the same!) team cohesion should still be easy to achieve due to shared professionalism and familiarity with each other’s regional backgrounds.

For offshore staffing, cultural friction can be one of the greatest challenges. Workplace expectations, cultural understanding, and professional instincts can easily conflict. In addition to differing holidays and work hours, offshore staff tend to experience greater challenges with communication and cultural fluency. While these elements don’t impede a software developer’s ability to code well, it can complicate a team’s ability to collaborate around shared goals.

Nearshore staff members can be considered cultural “cousins” to an in-house team. Their proximity to your company’s home country often includes cultural similarities. “The Americas” have more in common than we often imagine, from food preferences (everyone loves guacamole), to media (who doesn’t enjoy Netflix?), and an understanding of professionalism and workplace performance. Also, due to the high number of excellent technical colleges and language programs throughout Latin America, English is almost always a familiar second language—if not a first.

While we are in the golden age of remote work, not everything can be done remotely—especially when it comes to building camaraderie. If there are plans to eventually meet a team’s augmented staff, either by visiting them in their home countries or by inviting them to the US, the distance from the home office matters. Let’s break down the costs associated with each scenario.

It’s always easiest to travel domestically, but that doesn’t mean it’s always affordable. If you’re traveling within the US to visit an onshore team, you won’t need passports, but you can expect to spend more on hotels and food. For example, if two teammates take a five-day trip from San Francisco to New York, and stay in a 4-star hotel, here’s what their spending looks like: 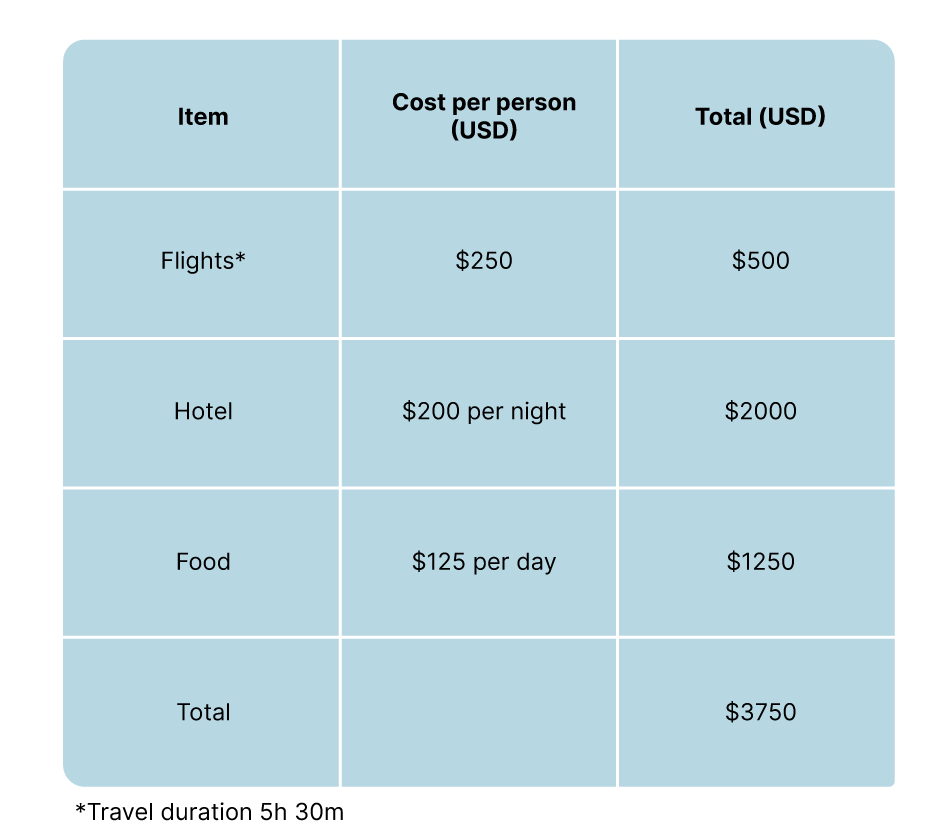 Traveling overseas can be complicated, but traveling to Asia is exceptionally so. Many countries require visas, which can cost hundreds of dollars and/or require legal support (especially if the visas are for business purposes).

Also, travel distance is significant. Trips this long will likely happen less often, and for a longer duration (the chart below doesn’t account for work time lost during travel). If your two teammates take a five-day trip from San Francisco to Bangalore, and stay in a 4-star hotel, their spending will look something like this: 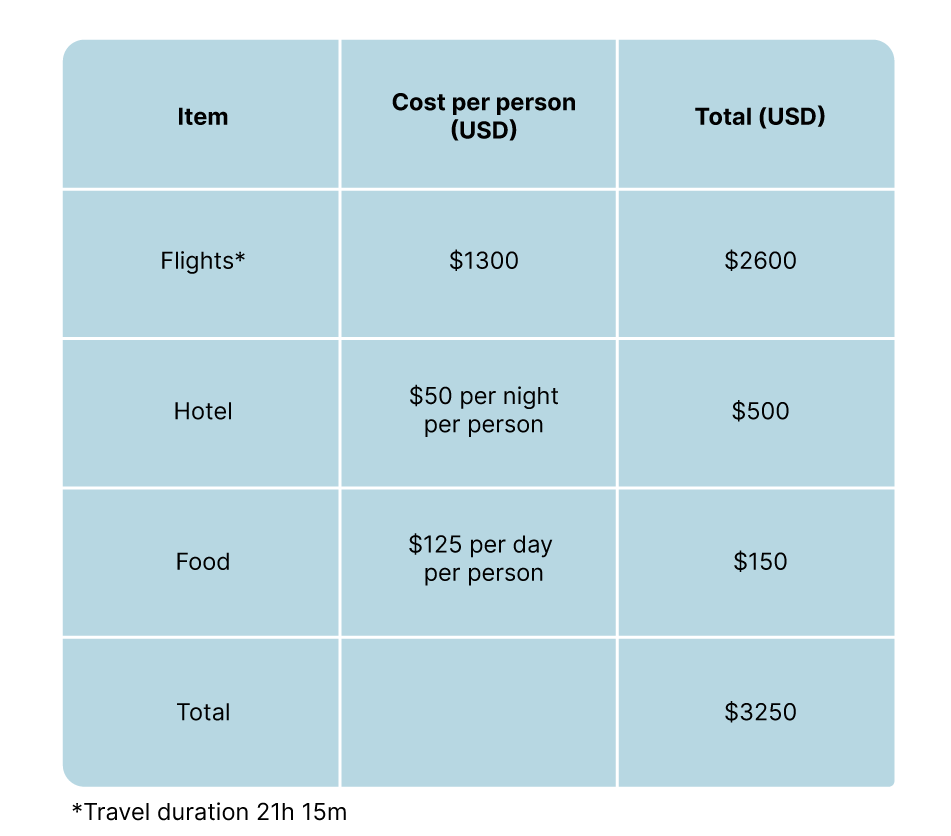 While traveling to Central or South America will require you to pack a passport, you get to avoid the headache of intense visa applications and full-day flights. Most major Latin American cities are reachable via direct flights from San Francisco, Dallas, or Miami. Non-direct flights from other major cities often have short layovers.

Also, because the travel distance and flight times are shorter, this makes frequent, quicker trips a possibility. If two teammates take a five-day trip from San Francisco to Quito, Ecuador and stay in a 4-star hotel, their spending will look something like this: 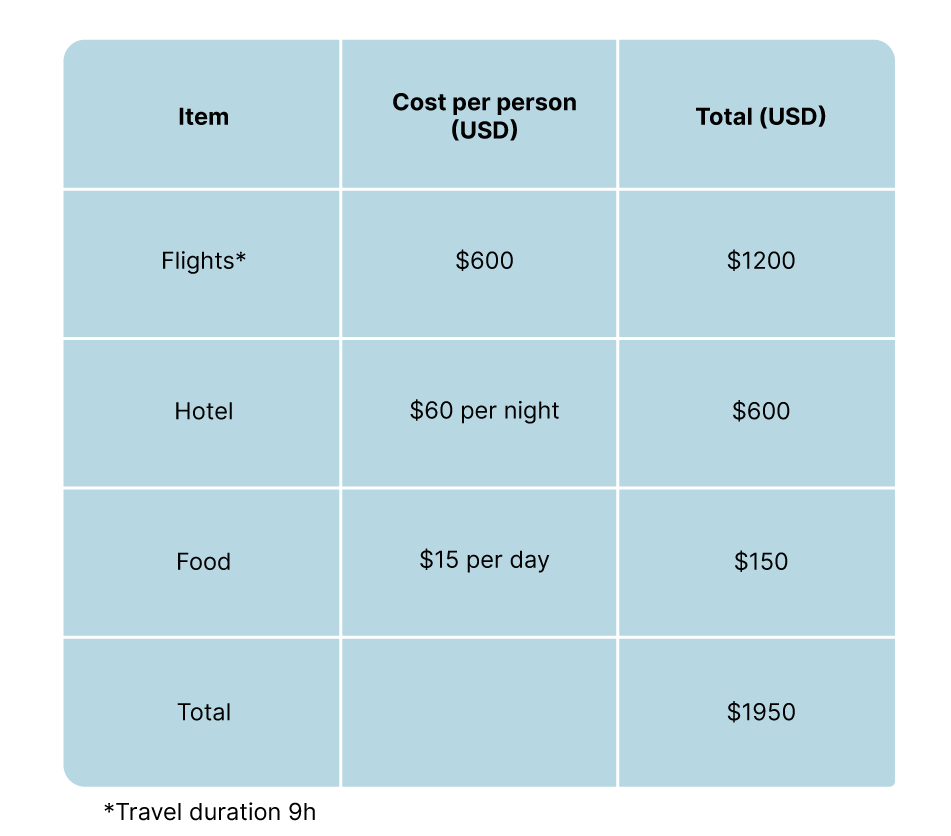 Comparing onshore, offshore, and nearshore staff augmentation models, each one has their strengths and challenges. Ultimately, many companies have found that nearshoring shares many of the same great benefits as onshoring, but without the same drawbacks. Thanks to compatible time zones and working hours, reasonable hiring costs, and cultural similarities, nearshoring is a great staffing model that allows US companies to make the most of their distributed teams.