What Does a Cloud Engineer Do, Really?

If there’s one thing the pandemic has taught us, it’s that the cloud and cloud computing are not a passing trend, but a major shift in how our computing is done and how technological infrastructure will be built worldwide going forward.

According to TechRepublic, an online magazine covering all things 21st century tech, “68% of all enterprise IT departments are now using public cloud infrastructure” -- which means more teams than ever will be looking to bring on teammates who understand and excel at cloud engineering to build and manage this new infrastructure.

For those who don’t know, “the cloud” refers to servers that are accessed over the internet, and the software, databases, and technology that runs on and runs those servers. In the past, these databases and technology were often housed in campuses and data centers accessible to IT staff -- sometimes even the very office where they worked. Now, with the power and potency of the cloud, such data centers can be distributed anywhere in the world, and are accessible (and sometimes only ever accessed) through the internet.

Read on to find answers to these, and many other questions, about what it really means to be a cloud engineer in today’s cloud-focused online world. 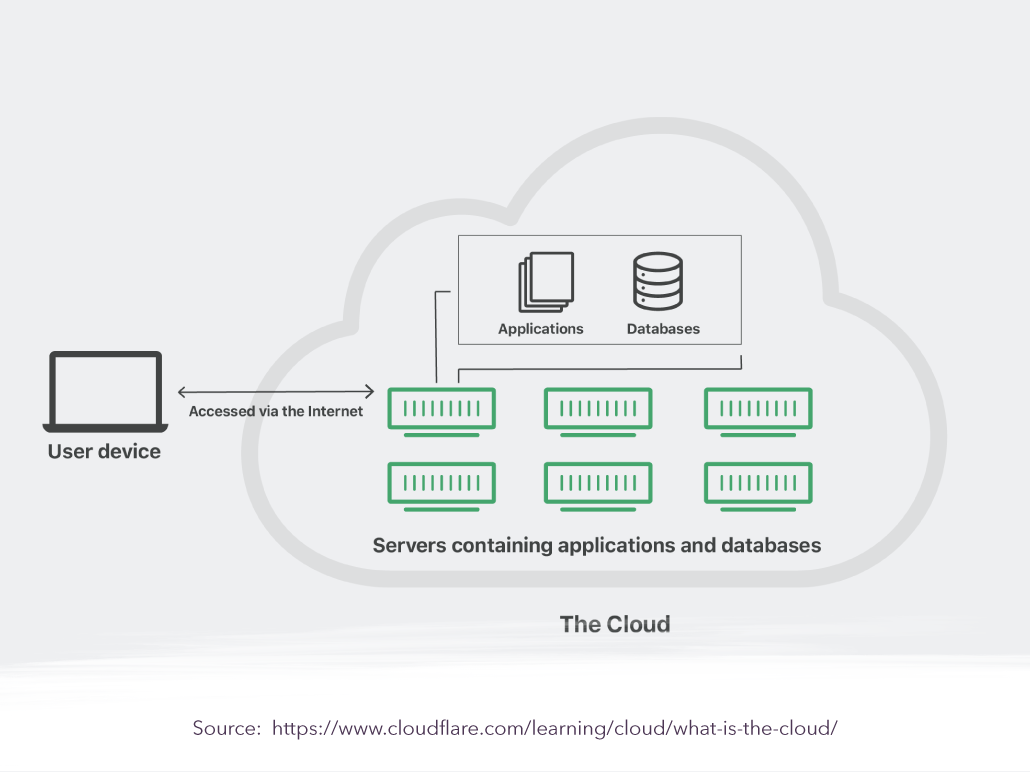 So What Is a Cloud Engineer?

A cloud engineer is not just one role. In fact, it’s a cluster of roles which express different expertise and practice different tasks in relation to the development, maintenance, running, and improvement of cloud systems. Cloud engineers are cloud experts, but their expertise can be divided into the following jobs, among others: cloud software engineer, cloud systems engineer, cloud database administrator, cloud security administrator. Here’s a breakdown of what some of those roles do, according to Northeastern University’s Graduate Certificate in Computer Science program

“Cloud software engineers specialize in developing software based on cloud service architectures and their underlying systems. They design and implement software in conjunction with a team of programmers and developers, requiring excellent teamwork and coding skills, and are also responsible for regular maintenance and troubleshooting.” 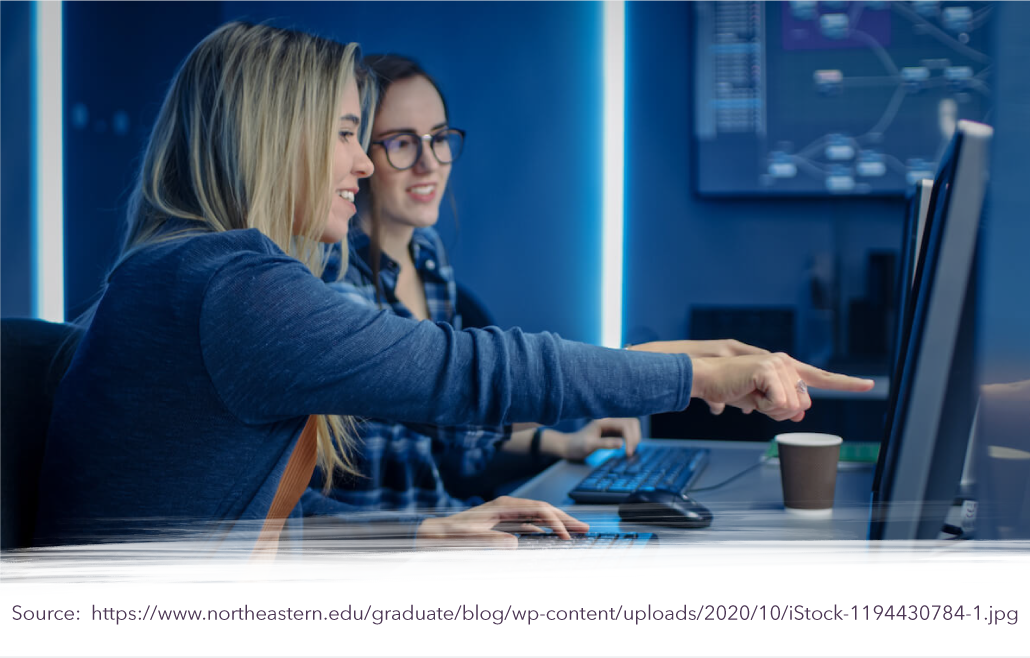 “System engineers build and develop new systems within the cloud to meet unique business needs. They also manage, install, test, configure, and maintain operating systems and software to ensure the highest levels of availability. This, in turn, allows a cloud system to operate as efficiently as possible.”

Systems engineers build the full lifecycle functions of the programs needed to run and be run on the cloud. This job is broad and variable, but often works with building the processes, optimization, and risk management tools that a project requires in order not only to work, but to work well. 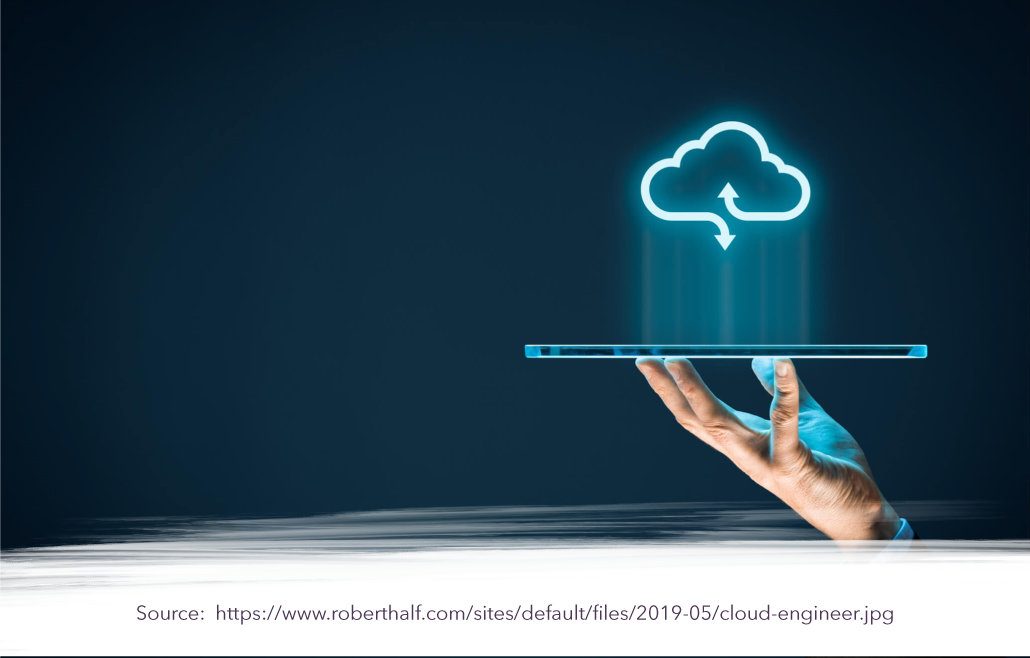 “Traditionally, cloud database administrators were responsible for designing, installing, and configuring databases; general database maintenance, such as upgrades and troubleshooting; database migration and security; and developer assistance. As cloud technology has developed, this career now includes additional tasks related to data access, such as data recovery, security, and access speed.”

Databases are an essential part of running a business that uses the cloud, and thus database administrators are getting more and more important. While databases are used to track and communicate information related to sales, transactions, inventory, customer profiles (like CRM), and marketing, a database administrator's role is to build the infrastructure which tracks, organizes, and utilizes this information -- effectively and quickly.

“Cloud-based systems contain huge amounts of data, making security essential. Jobs typically consist of making and implementing security strategies both internally and in partnership with cloud service providers in addition to monitoring systems for potential threats. If you work in an industry that has its own regulatory protocols, such as healthcare or government, you’ll need to integrate those security procedures into your company’s cloud system.”

When data lives in the cloud, it can be more vulnerable to breaches, hacking, or other intrusions. That’s why the cloud security administrator's role is so essential, as more and more IT move into the cloud. The person serving in this role will install, administer, troubleshoot and maintain the security solutions which are used to protect the data held in the cloud, and to prevent the unauthorized access, modification or destruction of this valuable data.

What Skills Does a Cloud Engineer Need?

Today, cloud engineers are tasked with a wide variety of roles and responsibilities, some of them are universal across all the roles listed above, and require a core set of skills to be successful in any such role.

Also, if cloud engineers are working with a company whose existing infrastructure isn’t on the cloud, then their role might require the process of migrating such infrastructure from non-cloud systems to cloud-based systems.

After such a migration, they’ll be tasked with managing security and access of these systems, and handling ongoing administration, maintenance, QA, and evangelizing the use of such systems across the IT team.

Finally, in order to do this, basic knowledge of programming languages like SQL, R, and Python are often required, as well as an understanding of machine learning, artificial intelligence, and database development and management.

Does this sound like something you’d want to do? Or something your company might require? If so, don’t hesitate to reach out to Jobsity, to understand how we train and develop our cloud engineers -- who are among the Top 3% of developer talent in Latin America -- and also how we can supply your team with cloud engineers if you want to add capacity today without building out your own in-house team.

We’re standing by and would love to chat!