The programming language known as C++ (or “C-plus-plus”) is a general purpose coding language which has been used for game programming, software engineering, data structures, developing browsers, operating systems, applications, and more for over forty years.

Developed by Bjarne Stroustrup in 1979, it supports procedural, object-oriented programming and functional programming, and was created as an extension to C language -- to which it is still easy to integrate. Because of this, it gives programmers a high level of control over system resources and memory, and is the basis of millions of existing programs and lines of code.

In this article, we’ll break down some of those reasons, defining what makes C++ still relevant today -- and why it’s a unique tool in any developer's toolkit.

C++ has been around for over 40 years which means, sure, it’s old. But it also means it’s been around for 40+ years -- and 40+ years means 40+ years worth of developers spending hundreds of thousands of hours building out libraries for its use, perfecting its methodology, developing test cases, and refining it into the best version of itself.

From a dev’s perspective, and in terms of computer science work, it also means there are millions of programs out there already written in C++, so even if nothing new was ever written in C++ there’d still be a whole lot of work required just in keeping what exists going strong!

For that reason, C++ is important because it’s old. Even if its age may seem like a liability. 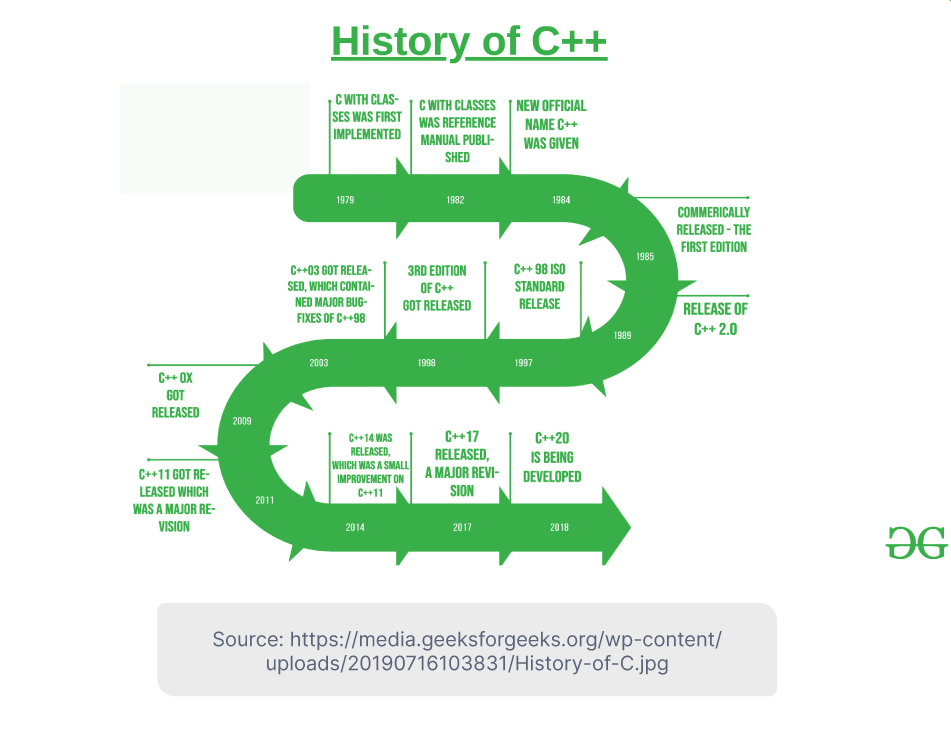 Let’s be clear: C++ wouldn’t be around today if it didn’t work.

C++ is known as a “low-level” programming language -- meaning the language provides little (or no) abstraction from the architecture the computer uses (1s and 0s), and maintains similar structure to the processor's structure. And in that sense, it maintains the simplicity and directness of this “low-level” function.

As such, its performance and memory are efficient, as there isn’t a lot of intermediary between the code you’re writing and what it takes for the computer to understand that code.

This means that C++ runs well and runs efficiently. That’s part of the reason it's still in use, and why that use is expanding and not contracting.

In addition, C++ is versatile because it’s been broadly used for so long that it’s highly compatible with most other languages on the market and for most emergent uses. You can use C++ for infrastructure on the client side, or for inter-processor and network communication. And more. 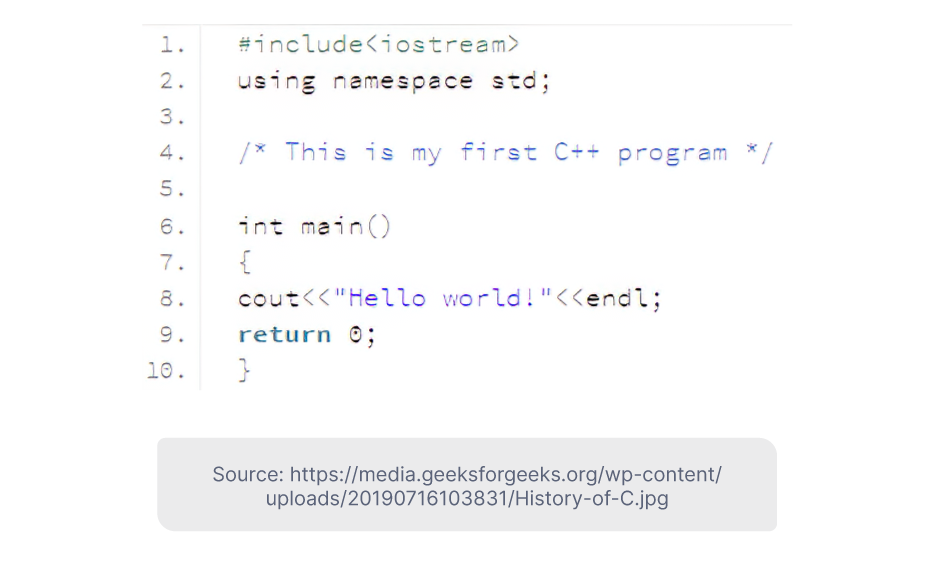 With so much code written in C++ already, it’s no surprise that there are plenty of jobs for devs who are proficient in C++. Top companies from Google to Microsoft often seek out and hire C++ devs -- and Jobsity has a strong record of placing the top 3% of LATAM C++ devs in jobs in companies all over North America.

Whether it’s old or not, it’s still popular for building android apps, video games, virtual reality, and highly-reliable FinTech applications -- for this reason, it’s hosts a very active job market and should not be overlooked by devs and hiring managers who are building out strong nearshore or in-house teams.

#5. It’s the back-bone of OS, Browser, Libraries, and more

Regardless of what you’re building, if it’s user-facing, it’s likely you’ll be building it for use with an Operating System. That means it’ll need to integrate with C++.

Why? Because almost all of the world’s major operating systems are built with C++, including Microsoft Windows, Mac OS, and Linux. So regardless of the many uses of C++, this use makes it essential to understand.

And this is the same as with all of the world’s major web browsers. Their rendering engines are built in C++ because C++ is fast and simple, and we want our browser to render as quickly as possible (we’re impatient; let’s not pretend otherwise).

For this reason (speed), many libraries also depend on C++ -- including some of the most widely used Machine Learning libraries (like Tensorflow). If a library requires high-performance computation, involving the multiplications of huge matrices for Machine Learning training, then the optimum speed of C++ is a significant asset.

Another significant benefit of C++’s age and maturity is that it has a large community of users, and this community of users -- spread around the world and in every corner of the dev world, too -- supports C++ (and those writing in it) with a plethora of support, both paid and open source. Myriad online courses, code libraries, resource banks, and open source communities exist online for C++, making it the 6th most used and followed tag on StackOverflow and GitHub.

That means it’s not only easier to use, but it’s easier to learn. And for a new dev or an older one, that’s a huge advantage. 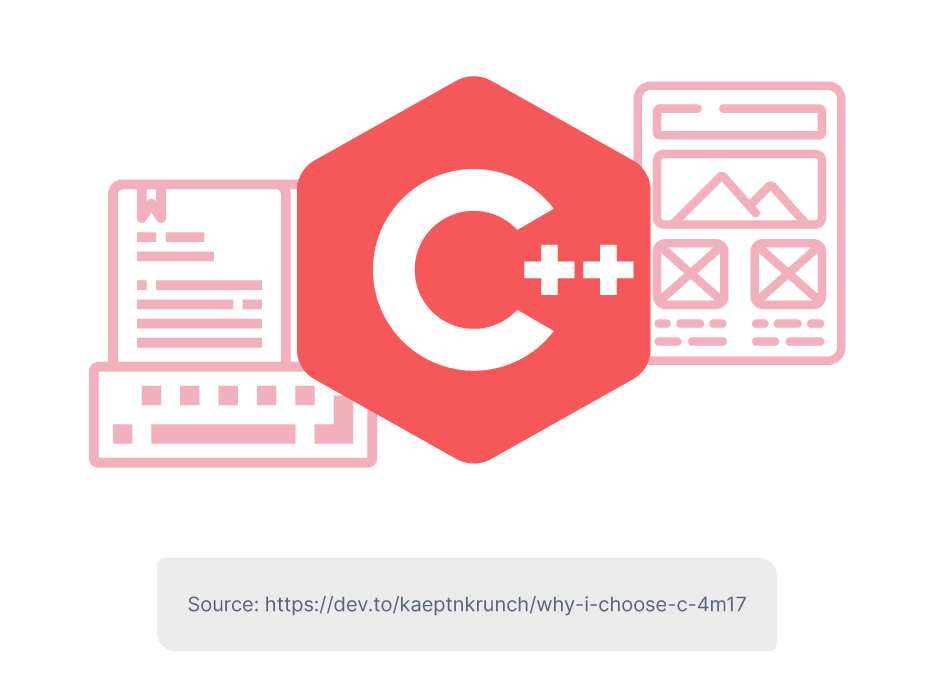 At the end of the day, every programming project requires serious decision making around what language to use and why. Deciding whether C++ is the best language for your project is no casual matter. Taking into account delivery speed, price, and quality, it stands up pretty well to the competition -- though it’ll matter what you are building and what your priorities are.

But you’d be naive to count C++ out just because it’s not the newest language in the bunch. And if the reasons above resonate with you and seem to align with the needs of the program you’re developing, we urge you to consider this versatile, fast, foundational, and efficient language.

If you need help connecting with a great C++ dev, we’re always here to help. We only work with the best!